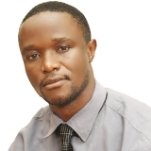 “Transforming Lives Through our God-Given Abilities”

This month’s Bellevue breakfast meeting featured Robert Katende, Founder of The Robert Katende Initiative – a non-profit organization whose mission is to enable the less privileged to realize their full potential in life.

We journeyed through Robert’s life story, from the slums of Nakulabye to Kyambobo University where he pursued his degree in civil engineering, thru his soccer successes to his volunteer chess ministry program that brought him to Walt Disney Pictures as a a main character, as well as consultant for their new feature Queen of Katwe.

Robert shared highlights of God’s leading him, from being separated from his teenage mother and his step-family and being raised by his grandmother in the slums of Nakulabye. As a youth, he showed great promise in his soccer skills, even though he played barefoot (soccer shoes were not affordable), and he assisted other youth with their soccer development. He did very well in soccer, math and science and knew that he was gifted. Through a very serious soccer game accident in 1997 and the long recovery period, Robert found his passion for Christ.

Robert introduced chess programs to youth in the slums of Kampala, Nairobi and Gulu and one of his proteges – Phiona Mutesi – qualified as Uganda’s representative at the 2010 World Chess Olympiad in Russia at age 14, and later in Turkey. Robert and Phiona’s story was picked up by ESPN and inspired a writer to tell their stories of how chess has brought forward the leadership skills of disadvantaged youth from Ugandan slums. Walt Disney Pictures has taken it to the next level of sharing with the world through their newly released movie.
Robert shared some important points he has learned along the way:

• Let others know who we are (believers in Christ) but we don’t need to preach to them.
• Transforming lives is a sacrifice.
• Material things can blind us on our journey.
• We each need to ask: “How can we expand God’s world?”
• We are in charge of our minds. 80% of our self-talk is negative. We need to transform our inner critic into our inner coach.
• If we understand our purpose and how we can impact others, then we can make a difference for others.

Robert’s step-family now wants to know who he is and that he’s part of them. He has been invited to move to America, but he says he cannot leave Kampala, Uganda where he lives with his wife Sarah and three daughters: Mercy, Hope and Queen. He has been on a speaker circuit and is a member of the American Speakers Bureau. Of recent date, he has spoken at the Women in the World Summit, Bill and Melinda Gates Foundation staff conference and Sports Outreach banquets. He continues to assist students and youth with his knowledge of water engineering, information technology, computer engineering and of course, chess. He recently launched his organization – Robert Katende Initiative – to inspire and transform lives by empowering others. Their tag line is “Transforming lives through chess one move at a time.”