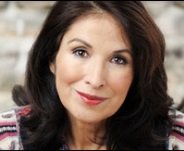 Hattie Kauffman spoke at the February 2015 KIROS Bellevue Chapter meeting and shared her story to the largest group of the year so far. Over 90 registrants enjoyed a fantastic breakfast and stimulating conversation while they waited in anticipation for the keynote speaker.

For those that don’t know, Hattie served as a news correspondent for both ABC and CBS news. You could tell she was a natural story teller, since every word she spoke had just the right emotional expression, tone and dripped with passion. From her first words, you saw that there was a fire in her; a fire that she said was sparked at a very young age, when she had to scrap for pieces of bread from her six brothers and sisters.

She was a fighter, even at the young age of seven years old, she fought to conquer her objectives. This caught the eye of her Aunt who would always remind Hattie that no matter what bad thing may happen, to remember the 23rd Psalm.

1 The LORD is my shepherd; I shall not want.

2 He maketh me to lie down in green pastures, he leadeth me beside the still waters.

3 He restoreth my soul: he leadeth me in the paths of righteousness for his name’s sake.

4 Yea, though I walk through the valley of the shadow of death, I will fear no evil: for thou art with me; thy rod and thy staff they comfort me.

5 Thou preparest a table before me in the presence of mine enemies: thou anointest my head with oil; my cup runneth over.

6 Surely goodness and mercy shall follow me all the days of my life: and I will dwell in the house of the LORD forever.

Years later as a teenager, Hattie embraced her Native American heritage and didn’t want to hear anything about “the white man’s God” from her Aunt. As Hattie described to the room, she had a ‘get out of my way attitude.’

Honestly, for me, this was a little hard to believe. Here stood this petite, beautiful woman that apparently had some bite in her. At first I didn’t buy it, but as she spoke, and as we listened, I began to understand just how driven and determined she was.

Starting out in television is tough, especially as a news correspondent. You have to have a killer instinct, the eye of the tiger, and…well, you understand. Hattie had this and when she got the call to fill in for someone at the local Seattle station, she jumped at the opportunity and didn’t look back.

It wasn’t until she worked at Good Morning America that she felt she finally arrived. All that she fought for as a child and all the hard times she had to suffer through had prepared her for this. She was on top of the world!

The story didn’t end there though, as life seems to always throw a curve ball. That one day came when she arrived home. Hattie was stunned to find that her husband was leaving her; he wasn’t committed to their marriage and wasn’t ever committed to their marriage. This unexpected betrayal cut through the strong powerful woman façade and revealed only a helpless little girl…everything this girl had built was beginning to crumble before her very eyes.

As we listened we could relate to her, even though she had accomplished so much in the world of television. We know that when life throws us that curve ball, we think back to our childhood. Some of us even go into the fetal position and ‘check out’ for days, weeks, months or even years. Hattie went back to her childhood memories and remembered something her Aunt taught her. The 23rd Psalm.

“The LORD is my shepherd…”

“HE restoreth my soul…”

“Yeah, though I walk through the valley of the shadow of death, I will fear no evil…”

There was a hush quiet in the room; you could hear a pin drop as Hattie shared what happened next. Some of us even leaned forward in our chair to soak everything in that she was saying.

As comforting as the 23rd Psalm was, Hattie needed something more, something almost miraculous to know that God was with her. She sat outside trying to remember as much as she could. She began to look through her bible, when she felt someone place their hand on the right side of her head. There was no one there, but the touch was real and began to calm the internal chaos that she was going through.

“Could this be the hand of God?” She thought.

A few days later as Hattie was taking a walk in the park, she heard church bells in a distance. She hurried her pace to where the sounds were coming from, and although didn’t know much about church and church people, she knew she had to get there.

Like a scene from a movie, Hattie arrived at the church and carefully walked in. She saw groups of people waiting for the minister who was passing out bread and wine for communion. Hattie sat down not knowing what was coming next. As the minister walked by he gave her the communion elements, so Hattie ate the bread and drank the wine because that’s what everyone else was doing.

Once everyone was done with communion, Hattie saw that the people there folded their hands and bowed their heads. Hattie mimicked everything that the others were doing. She closed her eyes, folded her hands and bowed her head in humility. While they were praying, the minister took his hand and gently placed it on Hattie’s head. It was the exact same spot that she felt God’s touch earlier.

Over and over again these words from the 23rd Psalm echoed through her thoughts. Hattie was reminded that God was with her throughout her journey. She looked back in her life and could see that God had never left her. He was always there.

Whew, what an incredible story that was! Even as I write this days later, there are goose bumps when remembering parts of this story. Others that attended agree; some of the comments that we received were:

I know that she’s a professional speaker but she still exceeded my expectations, really great.

Hattie and the power of her story were amazing.

Absolutely riveting and inspiring – Thank You!

What jumped out at me while Hattie shared was her eagerness and humility to learn from those around her. So often we hear that the ‘church’ isn’t doing enough to shepherd those that don’t know much about God, yet Hattie displayed an example of someone that wanted to learn for herself. She took the initiative when tragedy struck to come to God. It reminds me of the decision made by the Prodigal’s Son to come home. He got up, dusted himself off and started his journey home. No one came and rescued him.

By Hattie’s actions, we see that in the midst of tragedy, we can and should rely on God. We must remember that God is always there for us. Although we may feel alone, we should join others that are like-minded, so we can be encouraged through our struggles and in some cases mimic the actions of others when we don’t know exactly what to do.

Community is the value that church fellowship and groups like KIROS can bring; Hattie even joked, “Where was KIROS when I was working here in Seattle those many years ago?”

We laughed, we cried, and we enjoyed all that Hattie had to share. If you missed it please visit her website at www.hattiekauffman.com and purchase her book Falling into Place. You will not be disappointed. 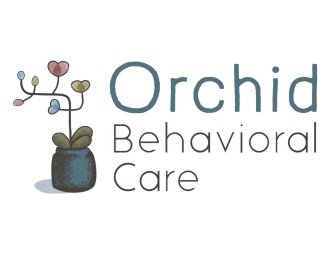