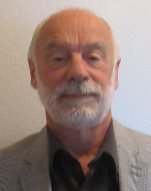 “Every Life Has a Journey”

Burt Ellison has been a pharmacist in Sumner, WA, for over 30 years and is highly involved with his family, community and church. The father of four, grandfather of nine, husband to Chris, director on many non-profit boards, officer/member of many community organizations, and elder and deacon at his church, his journey is busy and robust. Burt is truly a humble man with a sincere heart, who has experienced the blessing of allowing God to be the author of his life.

Burt grew up knowing the Lord, as his mother, who is still living at age 107, is a great woman of faith. His parents were instrumental in authoring his life in the early years and as such, he graduated from Sumner High School and went off to attend college at Washington State University. Burt said he kind of took a vacation from his faith during his college years and began to author his own life story. Getting married during college, graduating college with a degree in Pharmacy, he was suddenly drafted into the Army in 1969, during the height of the Vietnam War. Amazingly enough, Burt stayed state-side during his two year stint in the army; God was quietly behind the scenes influencing the authors of Burt’s life story.

After being discharged from the Army, Burt opened the Medicine Shoppe Pharmacy in Puyallup, WA, at a time when independent pharmacies were being replaced by large–chain pharmacies. As a small business owner, Burt put in many, many long hours struggling to make ends meet. Government regulations regarding pharmaceuticals were constantly changing, taxes were increasing, and of course the paperwork and administration that were required was unbelievable. He worked very, very hard for at that time he was the author of his own story.

Some years later, at a church retreat, Burt had an epiphany, and agreed with God that He (GOD) should be the author of his life and God had a plan for his future (Jeremiah 29:11-13). Burt learned he couldn’t solve the problems of his business by himself and gave the business to God. He studied Philippians 4:6-7- “Do not be anxious about anything.” Burt was thinking, “but Paul never owned a business?” Owning a business often lends to difficult times and Burt often wondered how God was going to fix this one? Sometimes the fix was easy and quick and sometimes it was long and painful, but God was always part of the solution. Yes, God is the Author of Burt’s life and it is an interesting and blessed life.

Every life has a journey, every journey has a story and every story has an Author. God is the Author of Burt’s life. Who is going to write the rest of your story?