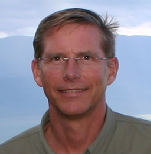 The Tacoma KIROS gathering was blessed to hear Bill Lemke share his story of finding meaning and purpose in the furniture business. Bill is Director and Co-founder of the NW Furniture Bank that serves almost 100 families monthly. They provide household furniture, helping to restore hope, dignity and stability to our community by recycling donated furniture.

Mr. Lemke had 30 years of experience in the furniture business when he started the NW Furniture Bank in 2007. As a young furniture representative, he had a flexible work schedule allowing him plenty of freedom and was doing very well financially. He says if hell is separation from God, he was in furniture hell. Finding a Gideon Bible in a hotel room after his wife asked for a divorce and the IRS required the payment of back B & I taxes, Mr. Lemke turned to Matthew 6:25-34. Asking the question “Is there a God who loves me? Help.” His wife suggested he attend church for their son’s sake. It was during a prayer drive on a youth mission trip, that Mr. Lemke began to care about the people they were praying for, seeing life and people differently.

The idea of a furniture bank came to Mr. Lemke while working at a food bank in San Francisco. “What if we do with furniture what we do with donated food? What if damaged and out of date furniture were donated to those in need?” he asked. It was one of those passing ideas that never leaves in peace, and Mr. Lemke kept thinking about it. As well, his son would not let him forget this.

Thanksgiving Day 2005, Bill’s son passed away, and it was at that time that Bill doubted God. But he says there is no other option than to believe in God. The idea of a furniture bank took on a whole new importance. On a vacation to Orlando, Bill and Joelene visited The Mustard Seed Furniture Bank, where the director said, “If you two don’t do this, you will be two of the most miserable people on earth.” So with donated space and a borrowed truck, the first delivery was made in 2006.

Philippians 2:3-4 – “Do nothing out of selfish ambition or vain conceit, but in humility consider others better than yourselves.” God is always present…look for Him.