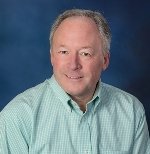 “A Pilgrim’s Journey of a Lifetime”

In a varied career spanning 35 years, Jim Maxwell faced many opportunities and challenges to promote Christian principles and values in the workplace – some met successfully, others not. Through it all, and continuing into his retirement, Jim continues to learn what it means to “be the hands and feet of Christ” in a broken and hurting world.

In his marketplace calling, Jim served as General Counsel for Puget Sound Bancorp. Prior, he was the senior vice president at Columbia Bank. He also worked as executive director in two law firms, Williams Kastner in Seattle and Eisenhower & Carlson in Tacoma.

Since his retirement in 2010, Jim has been active serving on several boards including Families Unlimited Network, World Servants, Lakewood YMCA, the Presbytery of Olympia and KIROS (2011-2014).

As a pilgrim on a journey, Jim Maxwell has and still does experience God working in his life. Looking back, God was pursuing Jim and working in his life every step of the way. Mr. Maxwell describes his “Faith” in the work place adventure as stumbling into faith as God was always at work in the major decisions protecting and caring for him and his family. There were critical intersections in Jim’s career that according to the worlds view, looked very profitable, but God was there directing Jim on a different path, and looking back with hindsight, and has been such a blessing.

With much prayer and with God’s blessing, Jim and his wife set out on an adventure this past September to hike the “Camino de Santiago,” across Northern Spain. The pilgrimage route was to the shrine of the apostle St. James the Great, in the Cathedral of Santiago de Compostela in Galicia in northwestern Spain, where tradition has it, the remains of the Saint are buried. With an open and seeking heart, Jim set out on the trail allowing himself to feel God’s presence and what God might reveal to him. All along the trail there were varied markers of different types. Some were of stone or just a faded arrow on a wall showing the path to take. After weeks on the trail, God had not revealed Himself to Jim, but as he came close to the end of the trip it was clear God had been with them every step of the way, showing them the path to take.

As Mr. Maxwell looks back over his life and career, there have been markers showing him the way. God is present in his life now and has been present in his life all along. Jim’s advice for us: “Every time there is an intersection, look for the markers on the trail. With an open heart ask for God’s guidance. God is with us constantly; look for Him to show us his way on the journey of life.”